Free shipping with orders over 59.90€ 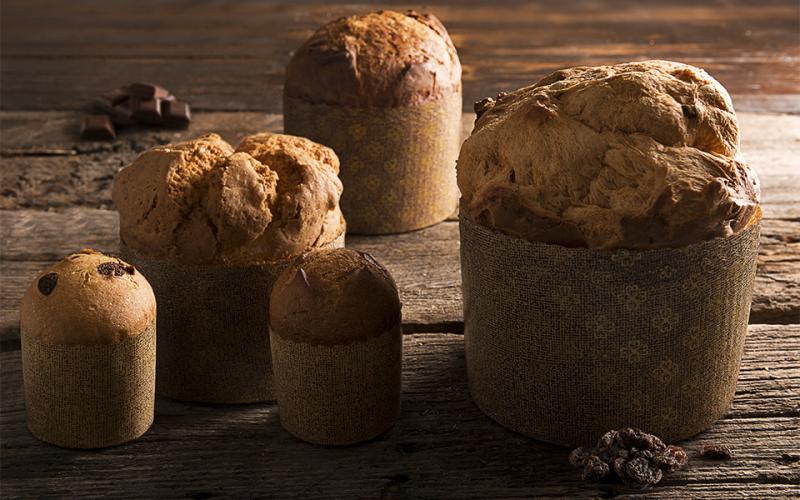 The name leaves no doubt, “Panettun” has its origins in Lombardy, and more precisely Milan.
It seems that a first version of the most traditional of Italian Christmas cakes already existed in the Middle Ages, when it was a widespread custom to prepare a richer type of bread for Christmas day, generally using wheat, a raw ingredient of great value in those times.

But the origins of Panettone sometimes fade into legend.
One story has it that, in the time of Ludovico il Moro, the Sforza court cook was preparing an important Christmas dinner, but forgot the cake prepared for the occasion in the oven, burning it to a crisp. Fortunately, the scullery boy Toni came up with an alternative dessert, the bread he had cooked for himself with the pantry leftovers of flour, butter, eggs, cedar peel and some raisins.
Unexpectedly, the result was an unprecedented success among the noble diners, so much so that the Duke of Sforza immediately wanted to know the name of this delicacy that he had never tried before.
So the cook revealed his secret, confessing that it was the “Pan del Toni”, or “Bread of Toni”, which, over time, became the famous “Panettone”.

Beyond such legendary tales, what is certain is that the habit of consuming a special wheat-based bread at Christmas is very old.
But the birth and development of the modern Panettone, with its unmistakable shape and packaging, can be dated to the first half of the 1900s, when Angelo Motta gave the cake its now standard baking paper cup and high-domed top, to give this unrivalled cake even more pomp and ceremony.

Today Panettone, in its two formats, high and low, is exported around the world as a sweet symbol of Christmas.
Since 2005, it has been protected by a trademark registered by the Milan Chamber of Commerce, and regulated by a production specification that details ingredients, measures, processing steps, finished product characteristics and sales methods to honour and respect the great Milanese artisan tradition.

Stay up to date on all the news of I Genuini